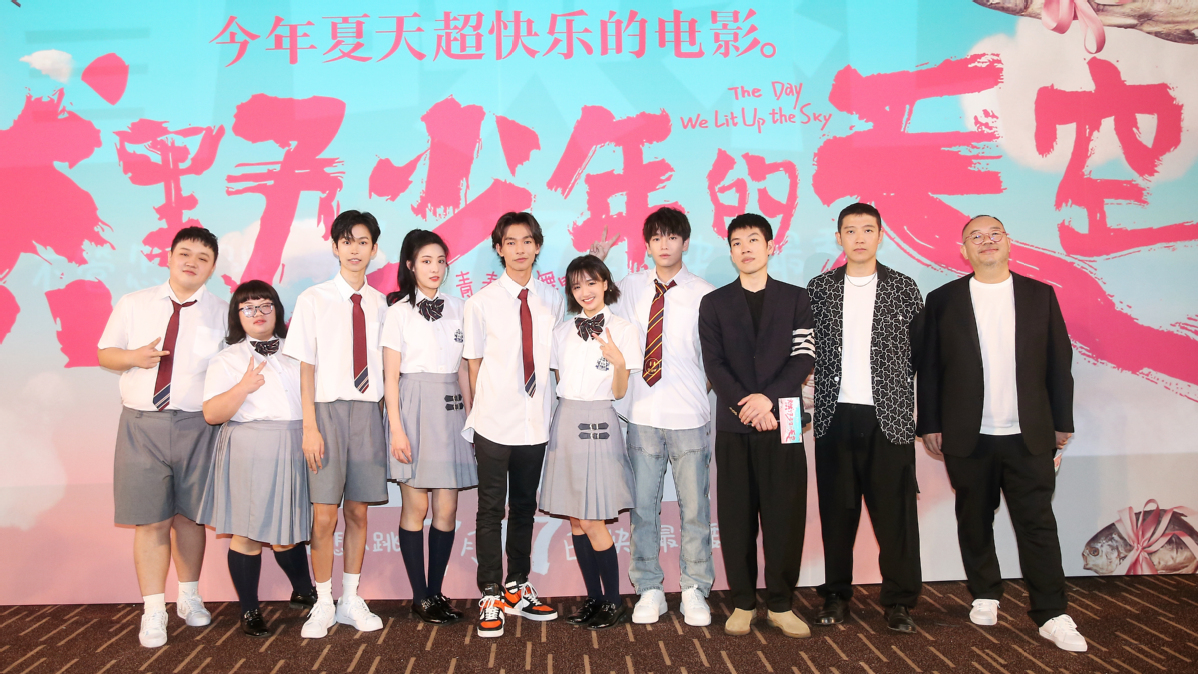 (China Daily) Returning to his comfort zone, director Zhang Yibai has joined fellow filmmaker Han Yan to co-helm the coming of age feature The Day We Lit Up The Sky.

Grossing more than 90 million yuan ($13.9 million) since it opened across the mainland on July 17, the film ranked below Chinese Doctors– a blockbuster retelling of China’s effort to fight the pandemic — to sit on the second slot of the country’s box office charts, according to live tracker Beacon.
The comedy musical follows a teenager’s new start in a local school in Hainan province after his failure on the gaokao, or the national college entrance examination. During his preparation to take the exam again, he befriends a group of unlikely schoolmates, joining them to take part in a dance contest despite their low chances of victory.
Director Zhang recalled he got the idea to employ the musical form to tell the story while being fascinated by the coastal landscapes in Hainan during his trip to scout locations in the province.
Believing dances and songs would be in tune with the blue sea and clear sky, Zhang — previously known as an acclaimed director of music videos — convinced his years-long friend Zhang Yadong, one of China’s best-known record producers, to join the project.
With actors Peng Yuchang and Zhang Youhao as the stars, main cast members gathered two months ahead of the shooting for dancing and singing training.
Although musicals are still a rare genre in China, the film has received mixed reviews, with most criticisms revolving around perceived plot holes.
Source: By Xu Fan | chinadaily.com.cn | Updated: 2021-07-20 10:56